The Pagan Origins of Halloween 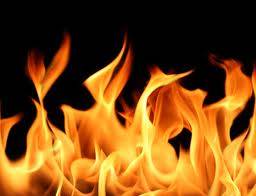 All Saints' Day, Nov. 1, feast of the Roman Catholic and Anglican churches, the day God is glorified for all his saints known and unknown. Roman Catholics are obliged to hear Mass on this day. In medieval England it was called All Hallows; hence the name Halloween (Hallows' eve) for the preceding day (Oct. 31).

From the Compton's Family Encyclopedia, 1991 Edition: Customs and superstitions gathered through the ages go into the celebration of Halloween, or All Hallows Eve, on October 31, the Christian festival of All Saints. It has its origins, however, in the autumn festivals of earlier times.

The ancient Druids had a three-day celebration at the beginning of November. They believed that on the last night of October spirits of the dead roamed abroad, and they lighted bonfires to drive them away. In ancient Rome the festival of Pomona, goddess of fruits and gardens, occurred at about this time of year. It was an occasion of rejoicing associated with the harvest; and nuts and apples, as symbols of the winter store of fruit, were roasted before huge bonfires. But these agricultural and pastoral celebrations also had a sinister aspect, with ghosts and witches thought to be on the prowl.

Even after November 1 became a Christian feast day honoring all saints, many people clung to the old pagan beliefs and customs that had grown up about Halloween.
Some tried to foretell the future on that night by performing such rites as jumping over lighted candles. In the British Isles great bonfires blazed for the Celtic festival of Sambain. Laughing bands of guisers, young people disguised in grotesque masks, carved lanterns from turnips, and carried them through the villages.

In the United States, children carved faces on hollowed-out pumpkins and put lighted candles inside to make jack-o'-lanterns. Halloween celebrations today reflect many of these early customs. Stores and homes display orange and black figures of witches, bats, black cats, and pumpkins. People dressed in fanciful outfits go to costume parties, where old-fashioned games like bobbing for apples in tubs of water may be a part of the festivities. Children put on costumes and masks and go from house to house demanding "trick or treat."

The treat, usually candy, is generally given and the trick rarely played. Some parents feel this custom is dangerous. There have been numerous instances in which sharp objects or poisons have been found in candy bars and apples. To provide an alternative to begging for candy from strangers, many communities schedule special, supervised parties and events at Halloween. The United Nations has used the Halloween observance to collect money for its children's fund.

The Celtic festival of Samhain is probably the source of the present day Halloween celebration. The Celts lived more than 2000 years ago in what is now Great Britain, Ireland and Northern France. Their new year began November 1; a festival that began the previous evening honored Samhain, the Celtic lord of death. The celebration marked the beginning of the season of cold, darkness, and decay. It naturally became associated with human death. Celts believed that Samhain allowed the souls of the dead to return to their earthly homes for this evening.
On the evening of that festival, the Druids, who were the priests and teachers of the Celts, had a three-day festival and ordered the people to put out their hearth fires. They believed that on the last night of October spirits of the dead roamed abroad, and they lighted bonfires to drive them away. They built a huge new year bonfire of oak branches, which they considered sacred. They burned animals, crops and possibly even human beings as sacrifices. Then, each family relit its hearth fires from the new year's fire. During the celebration, people sometimes wore costumes made of animal heads and skins. They told fortunes about the coming year by examining the remains of the animals that were sacrificed.
Halloween customs

Most of the Halloween activities participated in today can be traced to occult symbolism. For example:
1-Regional Halloween Customs developed among various groups of Celts: In Ireland, for example, people begged for food in a parade that honored Muck Olla, believed by them as a god. The leader of the parade wore a white robe and a mask made from the head of an animal. In Scotland, people paraded through fields and villages carrying torches. They lit huge bonfires on hillsides to drive away witches and other evil spirits. In Wales, every person marked a stone and put it into a bonfire. The people believed that if a person's stone was missing the next morning he or she would die within a year.
In England, Halloween was sometimes called Nutcracker Night or Snap Apple Night. Families sat by the fire and told stories while eating apples and nuts. On All Soul's Day poor people went a-souling (begging). They receive pastries called soul cakes in exchange for promising to say prayers for the dead.

Jack-O'-Lanterns are hollowed out pumpkins with a face cut into one side. Most jack-o'-lanterns contain a candle or some other light. People in England and Ireland once carved out beets, potatoes, and turnips to use as lanterns on Halloween. After this custom reached the America, pumpkins began to be used. According to an Irish legend, jack-o'-lanterns were named after a man called Jack who could not enter heaven because he was a miser. He could not enter hell either because he had played jokes on the devil. As a result Jack had to walk the earth with his lantern until the Judgment Day.

2- Fortune telling: Certain fortune telling methods began in Europe hundreds of years ago and became an important part of Halloween. For example, such objects as a coin, ring, and a thimble were baked into a cake or other food. It was believed that a person who found the coin would become wealthy. The one who found the ring would marry soon, and the one who got the thimble would never marry. Today, techniques such as card readers and palmistry have been added to the traditional Halloween methods of fortune telling.

3-Dressing up in costumes: This was done so that the spirits of the dead would not recognize people. The Druids would actually sacrifice animals and sometimes humans and dress in these animal skins. Wearing these clothes, they would engage in fortune telling. Another explanation is that today, kids who dress represent these spirits.

4- Trick or Treating: The Druids would go from house to house on October 31 and demand specific types of food. If their demands were not met, it was believed the people and their homes would be cursed with trouble, sickness, and death. Prosperity was promised to those who generously donated. Today, when kids are offered treats by neighbors, this goes back to the time people would offer food to appease the spirits.

Halloween in the USA:

Many early American settlers came from England and other Celtic regions and they brought various customs with them. But because of the strict religious beliefs of other settlers, Halloween celebrations did not become popular until the 1800's. During that period, large numbers of immigrants arrived from Ireland and Scotland and introduced their Halloween customs.
During the mid 1900's trick-or-treating became less popular in large cities where many neighbors did not know each other. Halloween pranks, which had once been harmless, sometimes became rowdy and destructive. Traffic accidents also became a problem on Halloween. As a result, family parties, large community celebrations gained popularity. Today many communities sponsor bonfires, costume parades, dances, skits, and other forms of entertainment to celebrate Halloween.

"Mankind has been blessed with intellect and natural inclination to the truth. In addition to these great blessings and this great eminence which Allah has given to mankind, He also gave them the blessing of intellect which raises them to the level of taking on responsibilities given by Allah, and it also enables them to achieve and comprehend them. He All-Mighty also provided them with natural inclination to the truth which agrees with that which the Messengers of Allah salallaahu alayhi wa sallam came with: the noble revelation and the true religion which Allah prescribed, and laid down as the way to be followed for mankind upon the tongues of his noble Messengers." (The Methodology of the Prophets in Calling to Allah, that is the way of wisdom and intelligence)

So with this intellect that Allah has blessed us with, let us not forget the truth of Halloween. Everything about Halloween involves some kind of associating partners with Allah. Halloween must be seen as it really is:

1. Reverence and fear of the so-called "dead spirits." (Associating, worshiping other than Allah The Most High)
2. Reenacting Pagan holidays (Imitation of disbelievers)
3. Fortune-telling (Belief that others have the power to know the future and the unseen)