Thinking Well of Others Relieves the Heart 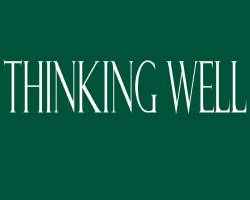 Nothing relieves the heart and makes one happy more than thinking well of others. It protects one from the harm of worrisome thoughts that disturb his peace of mind and exhaust the body. Thinking well of others leads to a sound heart, strengthens the ties of cordiality and love among the individuals of a community, and frees the hearts from hatred and rancor. The Prophet,

Ways to Think Well of Others
There are certainly many ways that a Muslim can think well of others; some of which are:
1-    Supplication
Supplicating to Allah The Almighty is the gate to every goodness. The Prophet,

, would ask his Lord to grant him a sound heart.
2-    Putting Oneself in the Place of Others
If each one of us puts himself in the place of his brother when the latter does or says something, this will help him think well of others. Allah The Almighty directs His slaves to this meaning in the verse where He Says (what means): {Why, when you heard it [the falsehood against ‘Ai'shah, may Allah be pleased with her], did not the believing men and believing women think good of one another?}[Quran 24:12] In another verse, Allah The Almighty makes the believers feel as if they are one single entity, to the extent that when one of them meets his brother and greets him, it is as if he is greeting himself. Allah The Almighty Says (what means): {But when you enter houses, give greetings of peace upon yourselves - a greeting from Allah.} [Quran 24:61]
3-    Interpreting the Words of Others in the Best Possible Way
This was the habit of the righteous predecessors. ‘Umar

said, “Do not think ill of a word that your believing brother utters as long as it can be interpreted in a good way.”
Imam Ash-Shafi‘i

was ill once, and some of his brothers came to visit him; one of them said, “May Allah strengthen your weakness [He intended to supplicate to Allah in order to eliminate his weakness].” Ash-Shafi‘i

said, “If Allah strengthens my weakness, it would kill me!”  The man said, “By Allah, I intended nothing but goodness.” Ash-Shafi‘i

replied, “Even if you insulted me, I know that you sought goodness.” Thinking well of others is true brotherhood, even in things that cannot be interpreted in a good way.
4-    Making Excuses for Others
When anyone says or does something that annoys or grieves one, he should try to find excuses for him and recall the status of the righteous who used to think well of their fellows and make excuses for them. They would say, “You should make seventy excuses for your brother.” Ibn Seereen

said, “If you come to know that a brother has harmed you with either a word or a deed, you should make an excuse for him; if you did not find one, you should say, ‘There may be an excuse that I do not know of.’” When you exert your utmost to make excuses for the words and deeds of others, you will save yourself the trouble of assuming and you will avoid blaming your fellows excessively.
5-    Abstaining from Judging the Intentions of Others
This is one of the greatest causes that help one think well of others. One leaves the intentions to the only One who knows them: Allah The Almighty, for He did not command us to check each others' hearts and intentions, and thus we have to avoid harboring ill-thoughts about others.
6-    Recalling the Harmful Consequences of Evil Assumptions
The one who thinks ill of others lives in endless trouble and grief, to say nothing of the fact that he loses all those who socialize with him, even the closest people to him. It is natural that people make mistakes, even unintentionally. Accusing others along with thinking well of oneself is one of the evil consequences of thinking ill of others. This is one way a person may be guilty of ascribing purity to oneself that Allah The Exalted forbade in His Book. Allah The Almighty Says (what means): {So do not claim yourselves to be pure; He is most knowing of who fears Him.} [Quran 53:32] In another verse, Allah The Exalted criticizes the Jews when they ascribed purity to themselves. Allah The Almighty Says (what means): {Have you not seen those who claim themselves to be pure? Rather, Allah purifies whom He wills, and injustice is not done to them, [even] as much as a thread [inside a date seed].} [Quran 4:49]
Thinking well of others requires extensive training and striving against one’s self, particularly because the devil is inseparable from man like the blood that runs through his body. He never stops his attempts to sow dissension within the Muslims and stir up disputes among them. Thinking well of others is one of the greatest means to block this way before the devil. We ask Allah The Almighty to Grant us sound hearts and Help us to think well of our brothers and sisters. 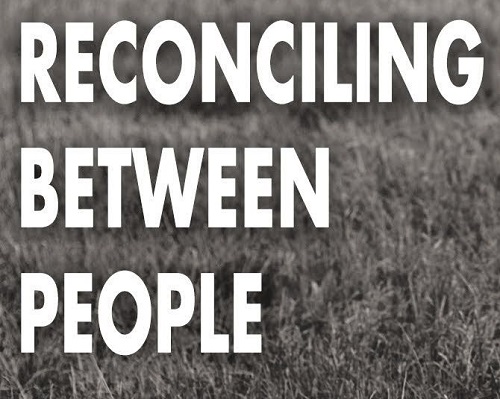