The Month of Mercy

Seek Nothing but Al-Firdaws - I 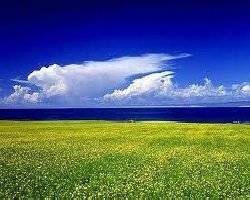 Dear reader, we are still on our blessed journey in the Paradise of Allah, The Lord of The Worlds…

We stopped at a wonderful scene while you were walking with your wife from the Hoors (maidens of Paradise) by the banks of the rivers which Allah The Exalted made flow beneath your palaces under your trees. Then, you reach another palace.

Your wife will tell you that this is yours too.

Then, you reach a tent in the form of a hollow pearl and your wife will tell you that this is also yours. She will point to other places saying this palace and that house is yours as well. You will wonder and ask yourself whether all the dwellers of Paradise have the same things or whether their degrees vary and they have different favors granted from the Lord of The Worlds.

It is easy to answer this question because the Prophet

said: “There are one hundred degrees in Paradise between every two degrees is [a] one hundred year [distance].” [Al-Albaani: Saheeh]

In another Hadeeth (narration), the Prophet

said that it would be said to the reciter of the Quran (the one who recites and memorizes it in a perfect manner): “Read and ascend [in ranks] and recite as you used to recite when you were in the world. Your rank will be at the last verse you recite.” [Al-Albaani: Saheeh]

There are many degrees in Paradise.

I am not going to describe every degree and the favors prepared for them. However, it is sufficient for you to know what the person in the lowest degree in Paradise has, so you could imagine the other degrees.

Can you imagine that, dear reader?

thought about this question and asked Allah The Almighty who answered him Saying: “They are those whom I choose. I establish their honor with My Own Hand and then put a seal over it [and they would be blessed with Bounties] which no eye has seen, and no ear has heard or has occurred to a human mind.” [Muslim]

This is indicated in the Quran where Allah The Almighty Says (what means): {And no soul knows what has been hidden for them of comfort for eyes.} [Quran 32:17]

told us about the degrees and ranks of the dwellers of Paradise, the people of the Upper Chambers in Paradise and the people of the highest Firdaws. He said: “The dwellers of Paradise will see the dwellers of the chambers over them just as you see the shining planets because of the superiority some have over others.” They (the Companions) said, “O Messenger of Allah, will these be the ranks for Prophets and may not be reached by others?” He said: “Yes, they may, by Him, in whose Hand my life is: men who believed in Allah and believed in the Messengers [will reach them].” [Al-Bukhari and Muslim]

Allahu Akbar (Allah is the Greatest)

This is a great glad tiding that the highest Firdaws in Paradise is not limited to the Prophets, the Messengers or the Companions. Rather, it is possible for every believer to enter it if they apply these two conditions: belief in Allah and the Messengers. But their belief is not like any other belief!

The Most Hope-inspiring Verses in the Quran