The Month of Mercy

The Most Hope-inspiring Verses in the Quran 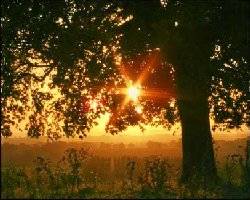 have spoken a lot about the most hope-inspiring verses in the Quran which opens the door of hope wide before sinners like us, and their hearts will soften with the remembrance of Allah The Almighty.

said, “The most hope-inspiring verse in the Quran is the verse in which Allah The Almighty Says (what means): {And whatever strikes you of disaster - it is for what your hands have earned; but He pardons much.} [Quran 42:30] Then, he

commented, 'If He expiates my sins by afflictions and pardons much, so what should remain after His expiation and pardon?'”

Allah The Almighty Says (what means): {And let not those of virtue among you and wealth swear not to give [aid] to their relatives and the needy and the emigrants for the Cause of Allah, and let them pardon and overlook. Would you not like (it) that Allah should forgive you? And Allah is Forgiving and Merciful.} [Quran 24:22]

This verse calls for the utmost kindness and benevolence to kindred. It commands Muslims to forgive the faults of their brothers. This is an aspect of the forbearance, generosity and kindness of Allah The Almighty to His slaves, despite their wronging themselves.

This verse was revealed in relation to Abu Bakr As-Siddeeq

when he took oath not to financially support Mistah ibn Uthaathah

a relative of Abu Bakr, after Mistah had been involved in the incident of slandering ‘Aa’ishah

the daughter of Abu Bakr

When Allah The Almighty revealed the innocence of ‘Aa’ishah, the Mother of the Believers

and the situation became stable and those who were involved in the slander had received the due corporal punishment, Allah The Almighty started softening the heart of Abu Bakr

towards his relative Mistah ibn Uthaathah

who was the maternal cousin of Abu Bakr.

was one of the Muhaajiroon (Emigrants). He made a mistake and received the due punishment for it. Abu Bakr

was known for his charitable deeds and generosity towards relatives and non-relatives. So, when this verse was revealed until the part of {Would you not like that Allah should forgive you? And Allah is Forgiving and Merciful.} which indicates that the reward will match the deed -- in other words, as you forgive people who wrong you, Allah will forgive you – Abu Bakr

resumed his support to Mistah and said, “By Allah, I will never stop this support,” the opposite of his previous statement in which he declared that he would never help Mistah

This is why Abu Bakr As-Siddeeq

was (known as) the most truthful. ‘Abdullah ibn Al-Mubaarak

said, “This is the most hope-inspiring verse in the Quran.” Some scholars

said that this is the most hope-inspiring verse clarifying the kindness of Allah The Almighty towards the slandering sinners.

Finally, we have to do two things:

First, we should thank Allah The Almighty for His vast mercy and forbearance.

Second, we should remember that just as merciful Allah The Almighty is, He is also severe in punishment. Allah The Almighty Says (what means): {[O Muhammad], inform My servants that it is I who am the Forgiving, the Merciful. And that it is My punishment which is the painful punishment.} [Quran 15:49-50] Thus, the hearts of believers stand between the two states of fear and hope.

Seek Nothing but Al-Firdaws - I